Village Attacks is a co-operative castle defense game in which players take on the roles of the most infamous creatures of folklore and legend from around the world! Deep in a remote part of the world, you and your monstrous associates have taken up residence in an immense castle. But the local village has had enough of the evil that lies at its door and has decided to lay siege to the castle in an effort to exorcise your wicked taint from the world.

The villagers may be weak, but they are not alone! News of your malevolent presence has spread far and wide; hunters and heroes have come from all corners of the globe to vanquish you! Some have come for the fame, others for the glory, and some even for the reward. But they share a single goal; your doom!

From distant lands across the waves come a demonic warrior hunter and a cannibal monstrosity. The Baykok and Wendigo have arrived in the castle, but they have been hunted across the world by the Wind Dancer and Spirit Tracker!

Evil forces roam the forests surrounding the castle. A mythical creature that resembles the forest itself and an accursed lady that does not appear to be all human have been sighted near the castle. The Leshy and the Glaistig come to spread ruin across the land, but the Pathfinder and Jailer seek to stop their evil!

This add on introduces 2 new Monsters and 2 new Heroes, The Wrath & Ruin add on contains

Hailing from the deep forests and murky waters of Slavic lands, the infamous witch known as Baba Yaga and the water demon Vodyanoy have appeared to wreak havoc and spread despair! A humble Fisherman and a mysterious Portal Mage have appeared to combat these creatures.

This expansion features new slavic Monsters and Heroes.
Including:

A Troll has appeared in the castle! Owing it's allegiance to neither man nor monster, the Troll wanders the castle attacking anything foolish enough to find itself in its path!

The Troll add on contains the Troll, a huge miniature that adds a whole new game mechanic to Village Attacks. 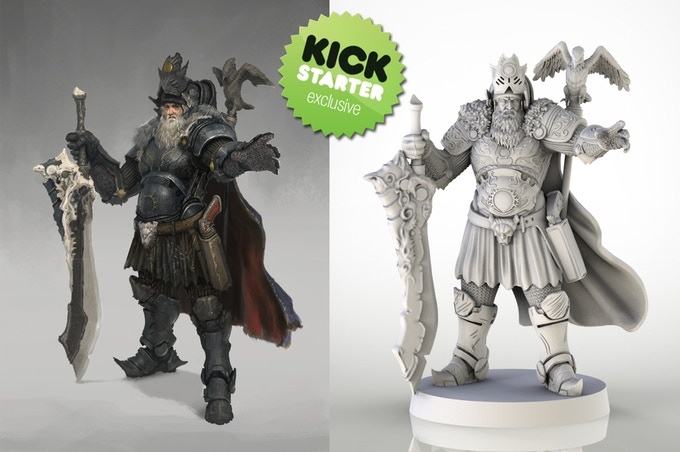